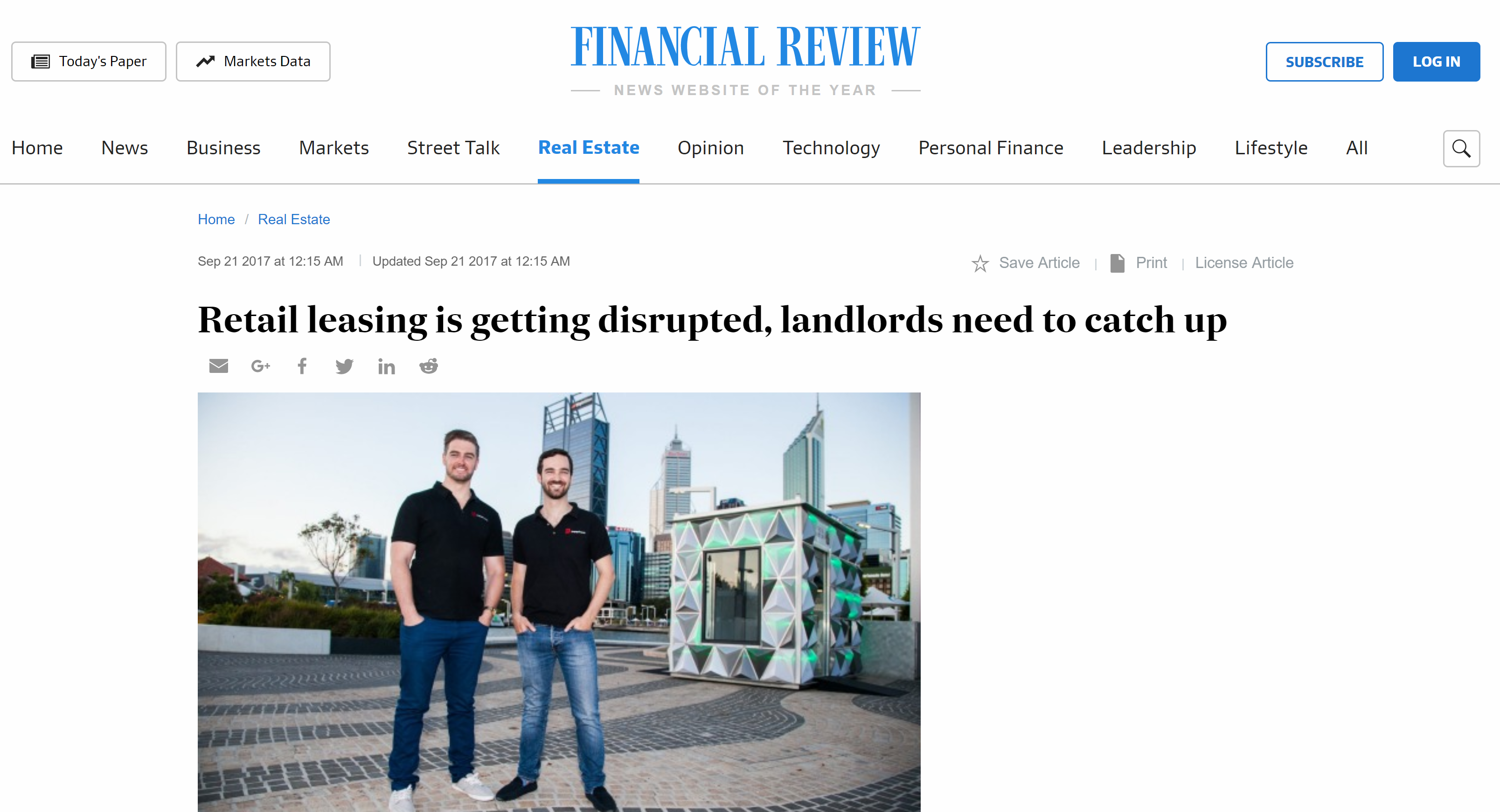 Popupshopup is excited to be featured in the Australian Financial Review.

ASX-listed property group Dexus has partnered with short-term leasing agent Popupshopup to offer short-term leases across its retail portfolio as the retail leasing sector changes under the weight of retail disruption in major cities.

Tenants can search for space on Popupshopup’s website and sign for it online. The business has 5000 spaces nationally.

“Activating our retail centres with evolving experiences and products provides shoppers with new reasons to enjoy our spaces.”

While long-term tenures of at least three years or more are standard, the changing shape of retailers are opting for “try before you buy” or shorter leases that serve their predominantly online business, much like startups favouring co-working spaces to fixed offices, leasing experts say.

“We are seeing a lot vacancies, so retailers must be open to change and to the idea of different income streams,” Popupshopup director Daniel Rainone said.

“It’s either having a shop sitting vacant or 12 people to generate income [in a year].”

“We are in a changing world and most people do their shopping online. It’s daunting for an [online] retailer to lock in three years, they are looking for flexibility.”

“The leasing industry is quite dated, but we are trying to bring on more efficiencies,” director Ronan Bray said.

Leasing agents in Sydney concerned about the slowing retail market and leasing volume say landlords need to be more flexible.

Ray White leasing agent John Skufris said while leases were still being signed, he was seeing vacancies in areas that were seldom empty such as George Street in Chinatown in Sydney, and yet landlords were adamant on long-term leases.

The landlord of a shop on Oxford Street, Paddington in Sydney’s inner east told him he was “seeking a longer term tenant given the quality of the project”. Oxford Street has been struggling for a number of years given the popularity of Westfield Bondi Junction.

“It is understood ‘pop up’ retail demand, particularly for fashion, has equated to approximately 50 per cent of all inquiries thus far,” Mr Skufris said.

Popupshopup’s Mr Rainone said with flexibility, landlords could even make a better return.

The online group receives hundreds of calls a day and leased one of Dexus’ spaces within a day of listing. In traditional leasing, the turnaround can take up to several months.

Its business has tripled in a year, and they take a fee of 5 to 10 per cent, while traditional agents command up to 15 per cent.

Brands such as Nike, universities and bars have all rented from Popupshopup.